If you’ve ever been to a Greek restaurant outside of Greece, you are certainly familiar with the ubiquitous “Greek Village Salad”, aka “Village Salad”.

The ingredients never vary, whether you are dining in Chicago’s Greektown, New York’s Astoria, or Paris’ St. Michel, tomatoes, cucumbers, onions, green peppers, feta topped with a few Kalamata olives. And of course, the Horiatiki Salata (Village Salad) is a dish that survives adulteration as it cross borders and oceans. So visitors to Greece will find that throughout the country the basic ingredients remain the same from Crete to Kavala. What visitors don’t know is that traditionally the village salad was a summer salad, appearing in Greek households from some time in mid-spring (in the south of Greece) and early summer as you moved north. The reasons are obvious, the first crop of tomatoes and cucumbers generally don’t aren’t ready for harvest, even in the mild south, until mid-April. And in the mountains of central and northern Greece, perhaps tomatoes would not have been ready until May. Of course, with the growth of greenhouses, particularly along the southern coast of Crete, has changed all of that. And now we find tomatoes at the farmer’s markets twelve months a year along with a rainbow of red, yellow, orange and green peppers, and a variety of cucumbers, all grown in hothouses in Crete.

Is this rise in hothouse vegetables a bad thing? That is a question much too large for me to tackle alone, but for myself, personally, I think it is best to stay as close to home with my food sources as possible. There are plenty of sources within a few hours of Athens to keep the city well fed throughout the year, growing what is traditionally seasonal as opposed tweaking with nature to satisfy the marketplace.

So what’s a better choice of salad in the winter in Greece? Eat like the locals eat by choosing a traditional winter Lahano-Karoto Salata (Cabbage and carrots), sprinkled with lemon juice and drizzled in olive oil. Cabbage is a winter vegetable and carrots, harvested earlier in the season, have long storage lives and are plentiful through the winter. 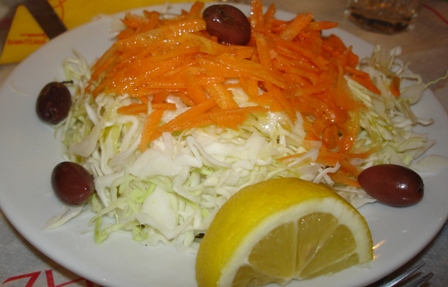 Other options? Batzaria, or Beets, with or without skordalia (garlic sauce) make a fine choice for a winter salad. Forget those canned beets of your childhood. Often served with a plate of beet greens, in Greece you’ll find beets with the perfect balance of sweetness and tanginess, and when served with a dollop (or two!) of garlicly skordalia you will never even consider a canned beet again. 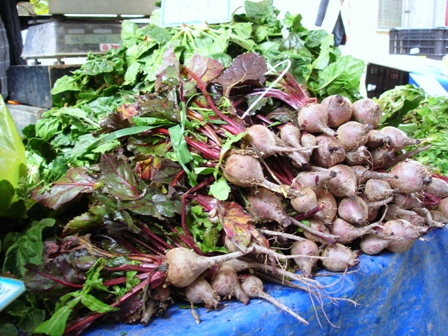 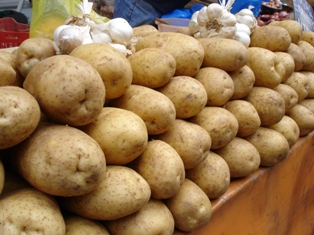 How about bean salads? Rich in vitamins and high in fiber, they are a healthy, tasty addition to any Greek table. Mavromatika Salata (black eyed peas) and Fava (yellow split peas) make excellent starters, and even vegetarians could build a satisfying Greek winter meal by adding these two dishes to their menu. 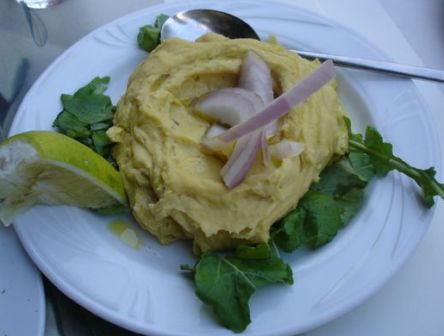 For a heartier warm dish look for Fasoladha, bean soup. 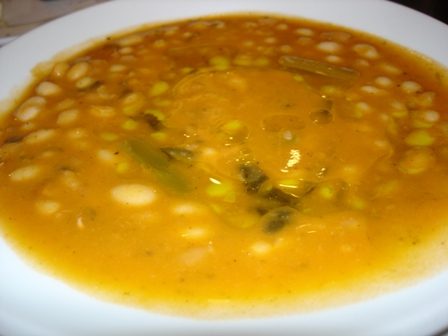 So if you are visiting Greece in the late autumn, winter or early fall, stick to traditional by eating vegetables of the season. And don’t forget fruit! Travelers visiting the Argoloid and Nafplion will pass through miles and miles of fruit groves full of a variety of oranges, sanguine oranges (blood oranges), and apples throughout the winter months. 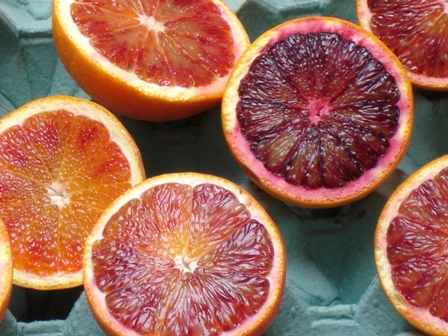 A day trip to this region isn’t complete without a stop at one of the many stalls lining the road selling bags of freshly picked oranges to rival Florida’s best.