Athens is full of little pita shops, and everyone has their favorites. But most shops sell one or two, maybe three “styles” of pitas, from the flaky filo wrapped, to the thick, bread crusted traditional “horiatiki” or village, pita.  You’ll even find pizza pie shapped pans filled with scrumptous rich, buttery tiropita (cheese pie) traditional of north central to northern Greece.  But in all of our years of pita tasting in Athens, we hadn’t run into a carry-out place which served traditional Cretan pitas. And now we have.

Kalitsunaki takes its name from the Kalitsouni, which is like the Italian Calzone. Which came first, is probably one of those great unanswered questions like which came first, the chicken or the egg. The Italians were in Crete. Who influenced whom, I’ll leave that for others to decide.

Nonetheless, the only similarity between the two is that they are fillings wrapped in dough, and pressed down at their ends making them half circle in shape.

This is a breath of fresh air in the myriad Tyropita stands that crowd Athens. They all seem to buy their tiropitas and spanakopitas from the same place.

Kalitsouni are wrapped in a flaky dough made with olive oil instead of butter, the result a not greasy, crisp and thin crust which lets the full flavor of the filling do all the work on your taste buds. It is merely the vessel for the tasty ingredients.

It was breakfast time and this hit the spot. We tried all their kaltsounis:

The dough is very thin, crisp and flaky.

Monastiriako* Myzithrenio, from mizithra, a local soft cheese with a very distinct flavor.

Ageliko** Myzithrenio, from mizithra, a local soft cheese with a very distinct flavor.

There are two types of kaltsouni:

*Monastiriako (Monestary style) the shape is triangular and

They also have a pizza made from the same dough baked on a flat grill with apaki, syglino, chicken and gyros, as well as several types of “dakos”, a traditional Cretan salad served atop a crispy and crunchy bread, drizzled in olive oil and topped with various ingredients such as feta, tomatoes, Greek olives, and mixed greens. And, what would a Cretan shop be without a friendly Cretan owner, generously sharing the “spirit of Crete”? 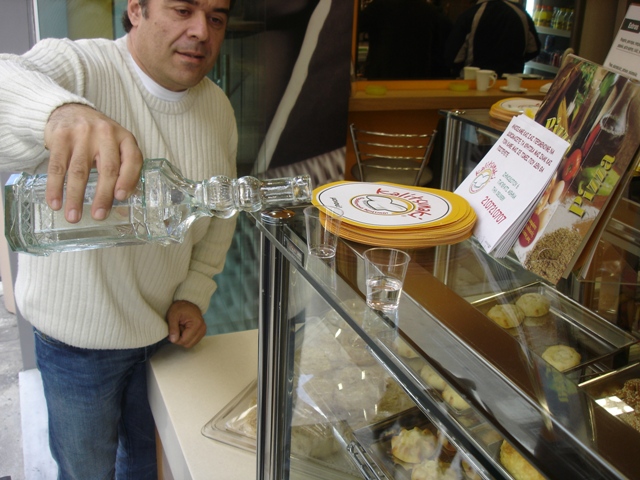 For now you have to venture to Imittou Street in Pagrati to enjoy this treat, but my guess is, soon there will be Kalitsunaki shops elsewhere in Athens. 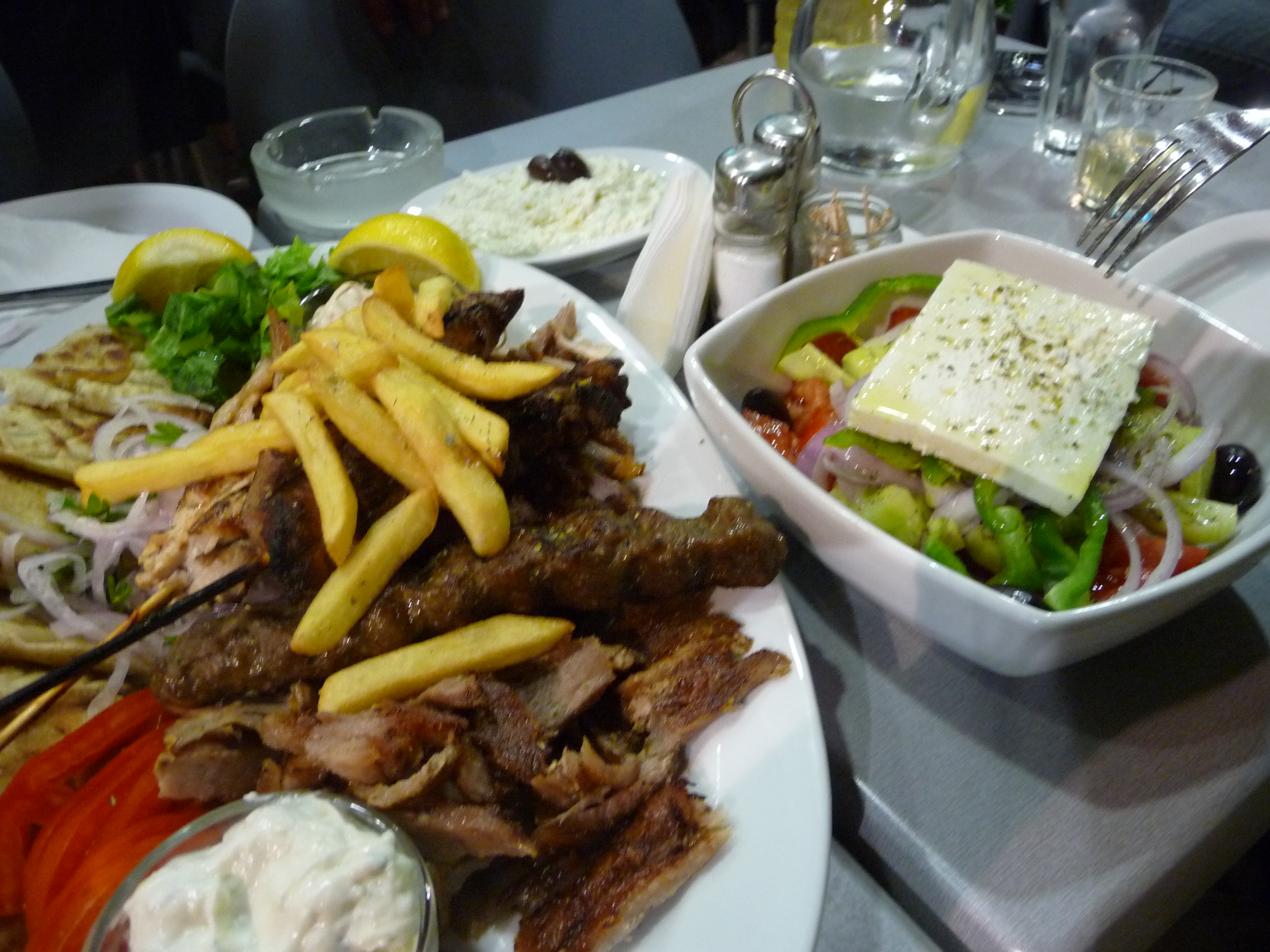 Eastern flavors of Asia Minor on the Eastern Edge of Athens 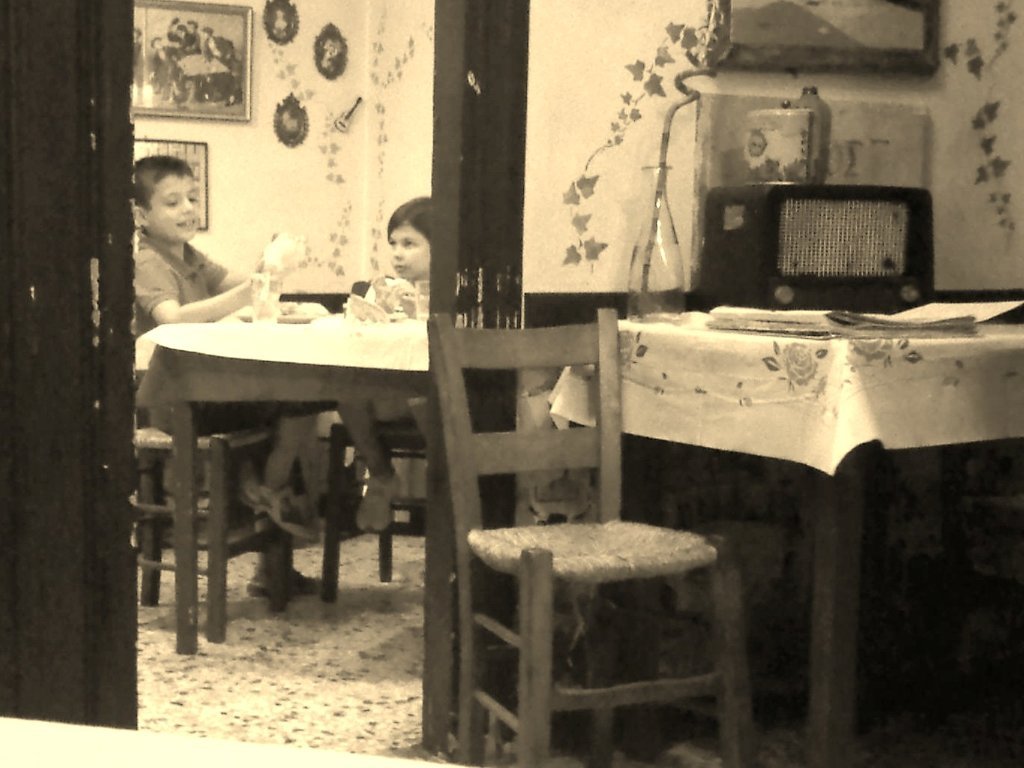