I am a Greek Goddess!

I’ve long wondered why it is I have such a love for this country. Today I received an email from a friend, and I think it sums up my connection to Greece rather accurately. And of course, for the vast majority of American women, I think it just may be the number one reason to visit Greece.

I may be a pasty-faced white woman with working-class German and American roots, but I think my soul is Greek.

I love this country. I’m writing from Greece, where I have discovered an entire country of people who share my values: eating and talking.

I have hit the mother lode. The food is soaked in olive oil, everything is topped with crumbling feta and the people are the most enthusiastic, exuberant talkers I’ve ever met in my life.

Forget the land of milk and honey, I’m in the land of goat cheese and gossip. And I love it. OK, technically I don’t know if they’re gossiping or not, and I have no idea what the heck is in the cheese. But the enthusiasm with which the Greeks talk and eat tells me they are kindred spirits.

I’ve spent my whole life being told to calm do wn and much of my adult life struggling with my weight. Who knew that the answer to my problems was just an ocean away?

I don’t talk and eat too much; I was just mistakenly placed on the wrong continent. Nobody in Greece thinks it’s weird if you need to stand up and gesture wildly while you’re telling a story. Nor do they think it’s strange for a grown woman to sop up oil with bread, throw plates or dance around with strangers. The hosts in restaurants actually kiss you and hug you when you walk in, and nobody says, “Gawd mom, get a grip on yourself; you don’t even know those people.”

Did I mention that the Greek women have hips, thighs and tummies? No anorexics here; this is a country where real women jiggle. Most of the Greek women I’ve seen not only have a little extra padding around the middle, but get this, they flaunt it.

For the most part, it’s tan flab, so it looks a lot better than my white flab. But if you’ve ever had the horror of having to stand next to a woman from Paris or New York, you’ll be delighted to know that the Greek women are about 40 percent bigger and 50 percent less self conscious than waifs from other parts of the world. They don’t care if their hips spill out over the top of their pants; they just order another round of olives & ouzo and keep talking.
Jiggly women, tons of food and non-stop talking, these are my people all right.

I may not speak the language or be bronze enough to pass as a l ocal, but in my mind, I am already one of them. Arguing over mussels, philosophizing over moussaka and jumping up and down when discussing the price of sandals, these people really know how to live.

Is it any wonder Greece was the birthplace of democracy, philosophy and theater? It’s amazing how much you can accomplish when you’re not trying to diet or stifle your emotions.

Did I mention that the women here have voluptuous hips and thighs?

It’s unlikely that I’m going to become an actual Greek citizen any time soon, so I’ll just have to settle for a few more days of eating and talking.
But be forewarned America, I’m coming home a changed woman. I am a Greek Goddess. I talk loud and I eat a lot, and if you don’t like it, too bad. I hear Aphrodite was a chubby, chatty chick.

Eating local in an Athens winter

Do I need trip insurance for my vacation? 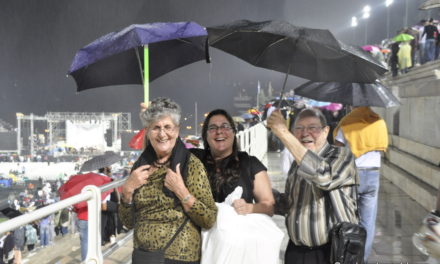