We continue to receive calls and emails, so I’m posting this publicly since it seems that the journalists who were working on the “riots” in December are now covering the fires.

We are in Athens now and have been inundated with emails and phone calls – I guess the news outside of Greece is very sensational: Here’s what I sent some friends earlier today: 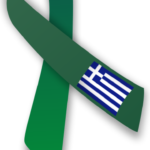 Basil and I are fine – as are our properties. We are in Athens and watched the fires from our terrace, it is pretty surreal – it looked like there were bombs exploding down the street.

I have a photo

Yesterday morning I woke up and went outside to the smell of burnt wood from Saturday’s fire – the wind was blowing toward the west. It cleared up within a few hours, but my friends in the far northern suburbs (about 45 minutes from us) say their eyes are burning from the smoke. I am guessing that things must be calming down out there now since SKAI TV, one of the big TV stations covering the fires, has returned to their normal scheduling. (And Greek like to have drama, so if there were something to show they would be showing it.)

Fires are part of life in so many places – I think that the horrible thing about fires in Greece is that there are not any (or at least not many) fire management practices being implemented. Fire breaks would be an easily implemented procedure – but they don’t do that. And, most importantly, until yesterday, the government never called for the evacuation of an area, which in the US and elsewhere is just common sense. Much as I love them, I must say that the Greeks are very stubborn, and macho, and they think nothing of staying put with their homes to protect them. That is how, very tragically, people were killed in 2007 during the fires. This year they have gotten everyone to leave, a good thing. The truth is, if you visit the fire map on the page I posted above, it’s at the bottom of the post, you will see that most of what is burning is not inhabited land, but brush and forests. Athens and its suburbs are built from concrete, so there is no fuel for a fire here.

Finally, education is key – those of us of a certain generation in America all know that Smokey the Bear is our friend ….. my nieces in California will never know about sitting around a campfire in the summer months, they are prohibited. On the other hand, in Greece you see people tossing cigarettes out the window constantly, and I wince every time I see it. I really love my adopted homeland, but just as they don’t see the connection between cancer/lung and heart disease/dying and smoking, they don’t see the connection between the tossed cigarette and the wildfires – everyone adamantly believes that all fires are started by developer/arsonists. (And yet the only people ever arrested for starting fires were an 80 year old woman in a village in Peloponnese who was bbqing in her garden and a man with a history of a vendetta against something/someone, caught going into the woods with a can of gasoline…. And, the craziest, a man in a village in the Peloponnese who took his own tractor and cut a fire break around the village he lived in — fires passed through his area but never crossed into his village, yet he was arrested for “defacing public land”. Crazy!