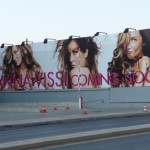 When I’m in Athens, I’m almost always racing between apartments, heading to Praktiker and Leroy Merlin (Greek home improvement stores, think Greek Home Depot) and Makro (thing Costco or Sams Club), I frequently drive up and down Pireos Street. Lucky for me I’m not only running errands, but I’m scouting out the clubs and bouzoukias along the way, watching for the first signs of the winter scene in Athens. This week I’ve found that Anna Vissi is now coming soon to the cavernous Pantheon on Pireos street, and Nikos Terzis will be at Kentro Athinon. 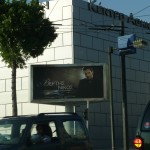 It’s also not too late to catch a show at one of the beachfront clubs. Beginning August 28, 2009 you can see Giorgos Margaritis with Yiorgos Tsalikis and Kostas Karafotis at Thea, 3 Poseidonos Avenue, Alimos Marine (Reservations call 210/98-13-950).