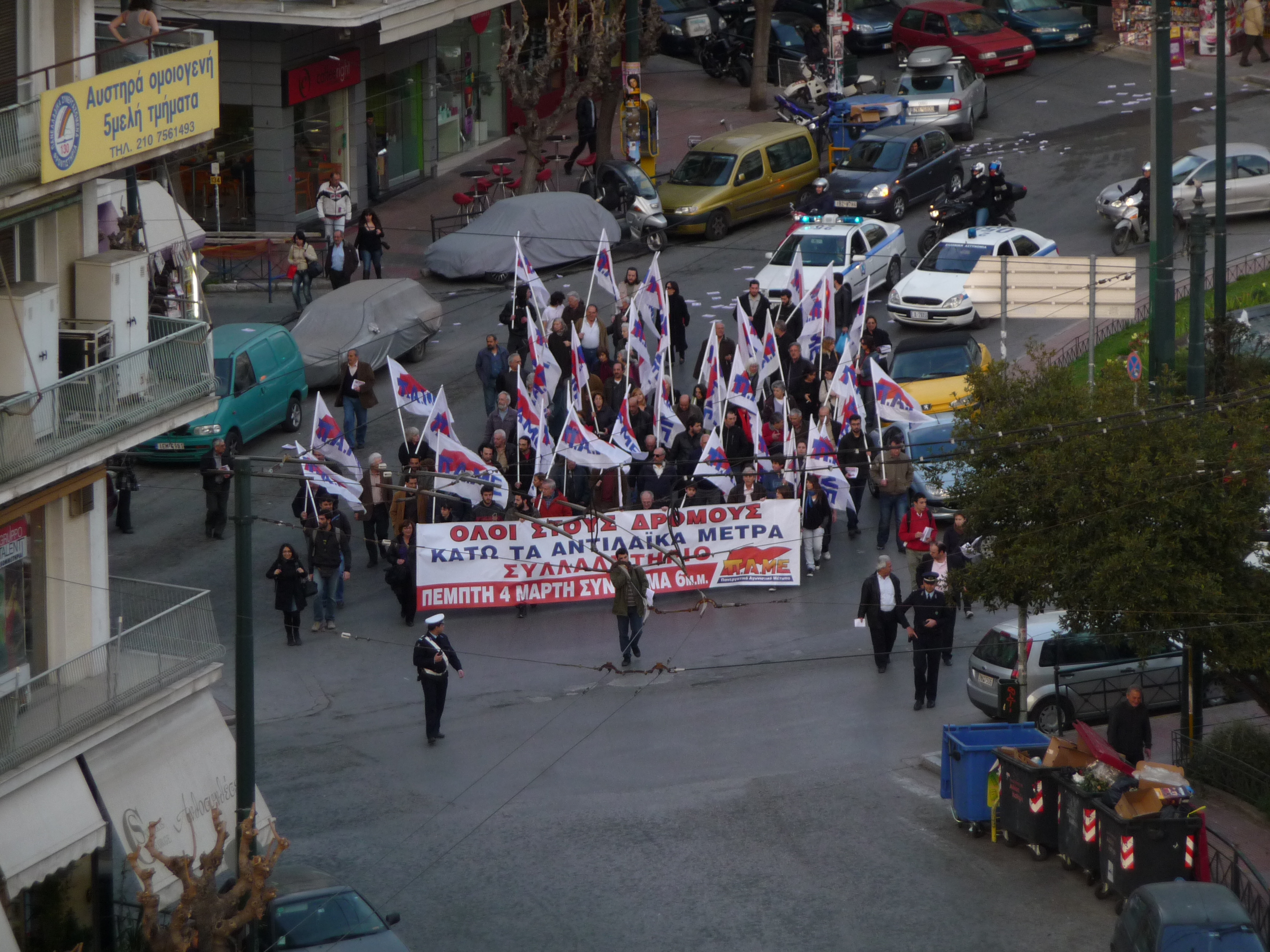 Judging from the emails and phone calls Basil and I have been receiving, and the threads and questions on various travel forums, Greece has certainly been making headlines around the world again. This year the hot topic is the economic crisis; the austerity measures recently announced by the current government to address the country’s financial mess has been met by the Greeks with, what else? Protests.
If you’re new to Greek travel, then this may all cause you to question your planned visit to Greece.
Is travel to Greece dangerous now? Should I cancel my trip to Greece? Is Athens safe? Will the airport close suddenly and leave me stranded?
These past two weeks we’ve been receiving these questions on a daily basis, so we decided head out to film our daily life in Athens, as we did last year during the media’s exagerated coverage on the demonstrations in Deccember and the fires around Greece in August when the media was publishing photos that made it look as if the Parthenon in downtown Athens was on fire.

Last week, on the day the taxi drivers held a 48 hour strike, the retirees also called for a march through the city center. It was a lovely morning, and I awoke to the sounds of demonstrators marching on the street below my window. I headed out to the balcony to see if they were going to be anything like I’d been hearing they were showing on television. It was, all in all, a rather boring beginning to the day. About the only part of this clip that could get me upset is the guy who is throwing leaflets all over the street — really what is the point of littering? Everyone knows there is going to be a demonstration on this day in Syntagma Square, and no one needs a map to find the Parliament building.

I needed to pay a city bill just north of Omonia Square, and since it was a lovely day I decided to walk (and of course, take advantage of being near Omonia to meet Basil for a souvlaki afterwards at our favorite souvlaki joint, O Lefteris. I was enjoying the quiet in the city center, the streets empty of traffic since no taxi driver dare cross the citywide picket line. As I made my way between Syntagma Square and Omonia Square on Stadiou, I started to hear shouting and chanting coming from somewhere up ahead. Soon a few young police men and women appeared in the distance, and then I saw them, the angry protesters who were “crippling the city” and “bringing Athens to a standstill”:

I stopped to watch what I thought were the striking Athens taxi drivers, but as the banner approached I realized that these were actually retirees demonstrating. I particularly liked the group of government electric company workers (I wonder how different their lives were now that they retired versus when they “worked”. But mostly I was anxious to get my bill paid and return to Syntagma, where they were headed, as I wanted to see if I could capture any video of them beating the riot police with their koboloi.

After paying my bill and stopping for a quick lunch behind Hondos Center off Omonia Square, I made my way back towards Syntagma, passing the Academy where another group of protesters getting ready to hold court (actually, I am pretty certain that one or another political party is always leafleting in front of the Academy in Athens, so I don’t think that this was specially organized as part of the current round of protests).

I didn’t make it back in time to see if any of the “out of control demonstrators in Syntagma Square” had pommelled the riot police with their koboloi (worry beads), but later in this strike and demonstration filled week Basil and I decided to brave the battle head on and pay a visit to the target of all of the above demonstrations, riots and marches: we decided to go directly to the Parliament building itself (I bet you didn’t know that you can actually GO INSIDE the Parliament building in Athens!)

We went up to the second floor, visited some of the grander rooms in the former Royal Palace,

where we also had a chance to visit the Senate Room

out across the square and down Ermou street, as the former Kings and Queens of Greece and many a Prime Minister had, from the balcony,

to find all was quiet on Syntagma Square.

That is, with the exception of a bride and groom playfully posing beside the Tsolias, amongst the pigeons,

Across from Syntagma Square, where, rather than “violent youth hurling rocks at tear gas spraying riot police”  the closest thing to violence we witnessed was the snaring of this Greek bridegroom. 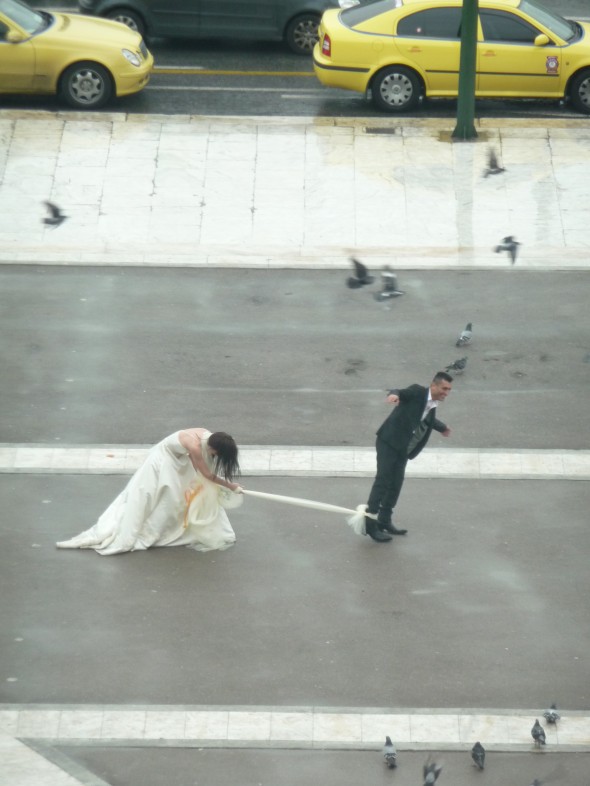