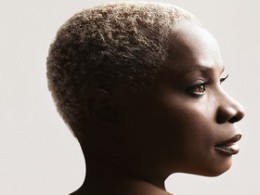 Angelique Kidjo, UNICEF’s good will ambassador and Grammy winner, comes to Athens on April 27 and 28, 2010, for two performances at Gazarte in Gazi.

Kidjo, whom  Time magazine called  “Africa’s premier diva” and who others have described as the Miriam Makeba of our times, will present a variety of songs from her extensive career along with her new album. The many times over award-winning African diva continues to surprise with her new album Oyo. Kidjo, who has worked with an impressive list of musicians across a variety of genres, including Carlos Santana, Alicia Keys, Branford Marsalis, Joss Stone, Peter Gabriel and Amadou and Mariam, once more shows that her music has no boundaries.