Bravo to the organizers of the 16th annual AIFF (Athens International Film Festival, in case you didn’t figure that one out). They’re as sick and tired of the gloom and doom reporting as I am, and they’ve held their ticket prices to 6 euro – and since laughter is the most infectious medicine, the festival’s retrospective to the master of comedy, Ernst Lubitsch could be just what the doctor ordered to combat the crisis virus that’s floating in the air. The retrospective will include:
«Monte Carlo» (1930), the funniest side of the high class
«One Hour With You» (1932), starring Maurice Chevallier and filled with twits and infidelities.
«Design For Living» (1933), based on Noel Coward’s masterpiece play including probably the finest trio in film history, starring Garry Cooper
«Angel» (1937), one of Marlen Dietrich’s most memorable performances as a married woman who falls in love with a stranger
«Nonitchka» (1939), Garbo’s sole comedy. Enough said.
«To Be Or Not To Be» (1942), Remade by Mel Brooks years later, a classic anti-nazi feel good comedy
«Cluny Brown» (1946), Hottest female of her era Jennifer Jones in her desperate attempt to become a plumber.

The Festival’s final calendar can be found online.

Films will be screened at the following locations:

Offbeat souvenirs: What to buy in Athens 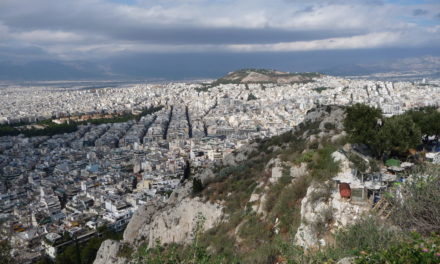 Hills of Athens: Where the wolves once roamed