”Μyrtis: Face to face with the past”

The Temporary Exhibition “Μyrtis: Face to face with the past” opened at the National Archaeological Museum, Athens on Monday, September 13, at 19:30.  If you’ve seen the photo exhibit at the airport, then visiting Myrtis “live” and “in person” seems like the logical next step.  NAM gives you the chance to come face to face with this 11 year old Athenian girl who was –along with Perikles- one of the tens of thousands victims of typhoid fever in the year 430 BC, the second year of the Peloponnesian war between Athens and Sparta and their allies.

According to the museum’s curators:

We feel that the National Archaeological Museum, Athens is the ideal setting par excellence to display Myrtis. Her reception within the walls of our institution, where so many burial sculptures and funerary reliefs are held, recalls the ancient ritual practice of Dexiosis, whereby the right hand is extended in a gesture of farewell to the dead. The encounter of Myrtis with the youths and maidens on burial stelai at the Museum -Dikaios, Nikocharis, Aristille or Mnesagora- is metaphysical. Through the face of little Myrtis, sepulchral monuments and memorials of the 5th century BC, both eponymous or anonymous, come back to life and talk with us. They remind us of the common human fate, death, but also of its defeat by means of memory. It is no coincidence that Myrtis was declared “Friend of the Goals of the Millenium” by the United Nations Organization.

The National Archaeological Museum is closed on 25 – 26 December, 1 January, 25 March, Orthodox Easter Sunday and 1 May.

The National Archaeological Museum is closed on December 25 – 26, January 1, March 25, Orthodox Easter Sunday and May 1.

Entrance is free on the days celebrating Open Days and the European Spring of the Museums, ccording to the dates set each year. 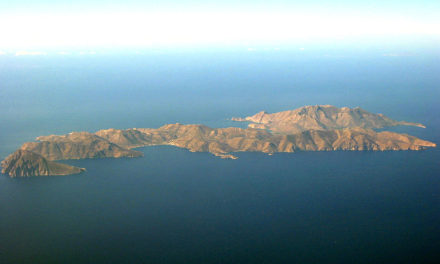 Have you seen this girl?