Vasilis Tsitsanis is considered by many to be the father of rembetika, the Greek “blues”.  As I was searching around online for a sample of his music (I came up with lots of Youtube video tributes to him and his music, I’ve linkd to some at the end of this post), I came across an article that appeared about 5 years ago in the Athens News.  It was about Tsitsanis on the 20th anniversary of his death, when the Greek singer George Dalaras was doing a series of tribute concerts to him at the Athens Music Hall, Megaro Mousiki.  It’s a short article, but it does give the reader a brief overview of who Tsitsanis was and the times in which he composed music in Greece.  His country went through many changes during his lifetime and as a composer and musician his work reflected that.  Full disclosure : Although I happened on this story via an internet search, to my surprise, the article was written by my husbands cousin, Maria Paravantis.

Free (and nearly free) live music in Athens during February 2008 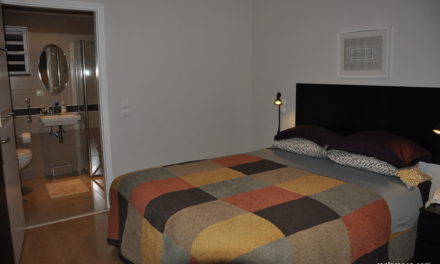 Guess what’s been cooking in your hotel room …

Byzantium as the New Israel (LECTURE in English)