Posted by Athensguide | Athens Daytrips, Featured, Ideas for families, Tours, Where to Visit when Nothing is Open | 0 |

Getting your fill of the sea need not involve actually getting on a ferry or hydrofoil and heading out to an island. Not only can you visit picturesque Mikrolimano in Pireaus to feel the island experience in Athens, but the coastal tram from downtown toward “SEF” (the Peace and Friendship Stadium) or towards Voula will bring you to one of the countries chicest marinas, where you can stroll along the waterfront, admiring the yachts, have coffee and dessert (or a full meal) at one a number of harborfront restaurants and cafes and, if you are traveling with kids in tow, give them an opportunity to blow of some energy at one of several waterfront parks (including a giant “moonwalk” like bouncy air filled thing-a-maji-ghee …. )

I like to think of Flisvo Marina as the Athens equivalant to Chicago’s Navy Pier. Once thought of as a run down wasteland by many locals, the marina, at the edge of the Faliro Delta just 6 km from the center of Athens, was taken over by a private company, Lambda Development, and underwent a total renovation and rebuild prior to the 2004 Olympics. It’s undergone an amazing transformation and today it is a popular spot not only for the well heeled who park their yachts there (you can lease a space for yours, fees for a 30 meter – 150 sq. ft yacht are around 22,500 euro per year), but for Athenians and suburbanites as well as for visitors to the city who are learning about it.

It’s a great place twelve months a year, with playgrounds for children, a maritime museum aboard the former military ship, Averoff, an outdoor ice skating rink in the winter which opens as part of the Christmas Festival and cafes and restaurants scattered along the harbor’s edge. It’s also a popular place to bike and stroll down the coast toward Alimos and Glyfada.

Looking for some fresh fish? Sure, there are lots of options for dining out at the Marina, but if you walk towards the right of the Marina, away from the fabulous yachts and trendy cafes, past the Averoff Museum with it’s impressive ship collection, you’ll discover that the coast of Athens actually still has a smaller harbor where fisherman still

toss nets and where an early morning visit might just yield a terrific catch of freshly caught Aegean fish.  Here you just may find your evening meal if you’re willing to do a bit of cleaning and cooking.

And don’t think that the Marina is only buzzing during the warmest of summer months.  It’s a great place to enjoy the warm winter sun and over the Christmas holidays the marina offers a great line-up of family friendly activities. Often there are games, clowns, performances, and even hands on child friendly holiday activities such as ornament making. In years past they’ve even set up an outdoor ice skating rink right on the seafront!

You can reach the Marina via the tram, if its summer and you want to take a swim first head to the last tram stop, if you aren’t going swimming you can disembark at the first coast stop Embarcadaro, and explore the Marina area or follow the boardwalk south along the coast.

By metro you can connect to the Tram via the Neos Kosmos metro stop. 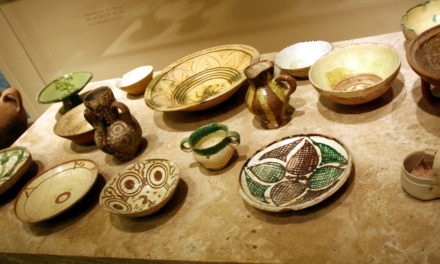