Ouzo. Just saying that word seems to cause most non-Greeks I know to take a step or two backwards; or to at least cross their two index fingers in a “keep away” symbol. It seems that an awful lot of people learned about ouzo shots in college (apparently I missed that course – I supposed handing in the college cafeteria with the Greeks may have been the reason – I became an expert on Nescafe instead!).

Well, now that you’re coming to Greece its time to open your mind to trying ouzo for a second time. If you’ve never tried ouzo, or managed, like me to avoid the ouzo shot filled sorority and fraternity party “Greek” nights, ouzo is a clear anise-flavored spirit that turns whitely opaque when water is added to it. There is nothing more refreshing on a hot summer’s afternoon, and it is perfect accompaniment to the Greek form of “tapas” known as mezedes. Enjoy a small glass along with a plate of olives, or stuffed grape leaves or perhaps some broiled sardines (that’s another lesson in Greek dining – forget everything you know about those tins of smelly sardines – Greek sardines are something entirely different!). Visit one of the many markets in the area and fill your basket with your own selection of Greek olives, cheeses, breads and spreads, head out to one of Athens many parks, and prepare for a long lazy afternoon in the shade of the trees in the city center.

Most important, ouzo shots are an absolute no-no. To truly enjoy the experience, fill about ½ a small glass with ouzo, then add about ¼ of a small glass of water, drop in a few ice cubes, sip and nibble.

No one really knows where or when Ouzo was first created in Greece.

A somewhat rough spirit, Raki, was made in Greece during the Byzantine period and during the time of the Ottoman Empire and many think that Raki was a precursor of Ouzo.

What is clear is that Ouzo became a widely consumed spirit in the mid-1800’s as the distilleries began to turn out increasingly larger quantities. The early mass-production of Ouzo took place on the island of Lesvos, where much Ouzo is still made. Lesvos claims their water is the best in Greece with which to make Ouzo and many people believe the finest Ouzo still comes from there. Lesvos claims that it originated Ouzo – but no one can really say that for certain.

When the modern distillation of Ouzo began, they used copper stills. The copper still continues as the only true way to produce Ouzo.

Today in Greece you will find an Ouzeri in pretty much any location where people gather. In the Ouzeri you will find, besides many different types of Ouzo, delicious small appetizers known as Meze. Visit an Ouzeri, sip Ouzo (with water!) and nibble on mezedes for an hour or so prior to dinner. Ouzo is a profound aperitif – you will be starving after a few sips. (And you may pass on dinner!)

The name Ouzo is itself a source of controversy. Originally it was called Tsipouro, but gained the appellation Ouzo as is described in the following article from the 1959 edition of The Times of Thessaly: “During a visit to Thessaly in 1896, the late professor Alexander Filadelfefs delivered to us valuable information on the origins of the word “ouzo”, which has come to replace the word “tsipouro”. (And “tsipouro” is now a harsher, strongerin form of moonshine). According to the professor, tsipouro gradually became ouzo after the following event: Thessaly exported fine cocoons to Marseilles during the 19th century, and in order to distinguish the product, outgoing crates would be stamped with the words “uso Massalia” – Italian for ‘to be used by Marseilles’. One day, the Turkish consulate physician, named Anastas Bey, happened to be visiting the town of Tyrnavos and was asked to sample the local tsipouro. Upon tasting the drink, the physician immediately exclaimed: ‘This is uso Massalia, my friends’ – referring to its high quality. The term subsequently spread by word of mouth, until tsipouro gradually became known as ouzo.” Great story, true or not!

However it is called, Ouzo is a wonderful aperitif for any Greek meal. Read more about ouzo. 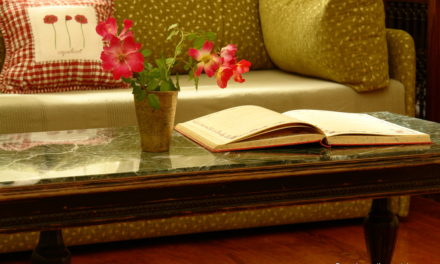 Monika, in concert at the Little Theater at Epidaurus