Marathon is more than a race

The trophy of the Battle of Marathon, where the Athenians trounced the Persians in 490 BC.

With this year being the 2500th anniversary of the first Marathon, I’ve finally decided to make the rounds of that historic area 40 km from my own base in downtown Athens. Basil, Scruffy and I often take day trips to this area; rural Attica has some great beaches along the northern and eastern coasts, sometimes Schinias (my brother’s favorite for its pretty consistent winds, meaning excellent wind surfing), sometimes a bit further north near Kalamos where the waters are usually calmer, a bit more protected by the adjacent island of Evia.

Each time we take one of these beach excursions we comment about the brown Ministry of Culture signs along the side of the road, reminding passers by of the remarkable historical significance of this often bypassed part of Greece. And so off we set, heading toward eastern Attica following (mostly) the legendary (or mythical) path of Phidippides in reverse.

You might wonder why I say mythical. Everyone knows that Phidippides was the messager of the Athenian army who ran to deliver important messages. It is true, or so it seems to be true according to the writer Herodotus that Phidippides ran at least one historical route – 140 miles from Athens to Sparta to ask the Spartans for help in fighting the Persians, which the Spartans agreed to provide, but only once the moon was full; followed by another 140 miles from Sparta back to Athens to deliver the bad news. (Another parenthesis here: Accounts of this first “Spartatholon vary – some say his run took 1.5 days, some say 2 days, some say 3 days … My first trip to Sparta via the KTEL bus took the better part of one entire day from Athens – it is mind boggling that Phidippides may have run that distance in just a half day more.) The Persians probably would not have been willing to wait for a full moon and the arrival of the Spartans, so the small Athenian army, seriously outnumbered by the Persians, went to battle without the help of the Spartans, and as the writer Herodotus tells us (about 40 years AFTER the Battle of Marathon), in Histories, Book VI, the Athenians crushed the Persian Army at Marathon.

As a result, today we have brown signs along the side of the road pointing us toward the place at which the battle was fought and won, toward the tomb where the 192 Athenians who fell during the battle (that’s that mound in the photo on the right) were buried and to the museum where most of the finds from the area are housed.

The Trophy of the Battle of Marathon is located in the middle of several farms. Personally I was surprised at how much agricultural there is in eastern Attica. I’d always known the area to be marshy (perhaps the Persians weren’t just trounced by the Athenians, maybe they were attacked by mosquitos as they tried to race up the beach!) Anyway, today it is heavily cultivated, green houses have been built on many fields, and as we sit and enjoy the peaceful site where the Trophy stands (next to a church, of course!)

Basil and I watch as a young Pakistani boy runs through an adjacent field where his parents harvest cabbage. Later in the evening a friend in Athens points to the irony of how Greece now depends on the many immigrants from South Central Asia to work the fields in the very same area where the mighty Athenians once fought them off!

Along with the sites those brown sign lure you to visit are some other interesting places that don’t relate at all to the famous battle at Marathon. And though you might think I’m a bit nutty if I tell you that in this same area Alexander the Great permitted the Egyptians who lived in Greece to build a sanctuary, the brown signs along the Marathon – Athens road stand in support of my story (well, sort of, I’ll get to that later).

Yep, as you head toward Schinias on the Athens – Marathon road, just after you’ve passed the Nea Makri square, watch for the sign for Agia Kyriaki (church) and turn right. The street feels more like a service road than an actual street, though barely wide enough for a truck to pass so it wouldn’t actually be a very good service road. As you proceed further down the road, what feels like a dead end is merely a jog in the road, and then a left toward the church along a road so narrow you’ll ask yourself if you’re going in the wrong direction … particularly as cyclists and joggers head directly towards you, jumping off the road at the last minute to let your car creep by. The asphault path, if you’re there on a balmy afternoon, will be full of people enjoying the seafront.

Further across the grassy area is a beach, but on this autumn day, although the sun is shining, there’s only a couple of diehard “bobbers”. We call the older swimming Greeks “bobbers” who head to the sea twice a day from spring to fall in order to maintain their health. Everyone knows you need a certain number of “banios” or “baths” in the salty sea water to stay healthy. Walk or drive by any waterfront around Greece and you are bound to see these “bobbers”, with their sunglass and sun protective hats, usually spread out in smallist circles, chatting, in the water as they bob up and down with the waves.

But I digress … back to the narrow road along the waterfront in Nea Makri. The road dead ends at the small church and we park diagonally alongside another car and take the path around the church. The road ends at a church, but the curious (us!) park and take the path to discover the Sanctuary (and a lovely beach).

Basil laughs out loud and remarks that the site must be nearby. It seems wherever there was an archeological site there is now a church. And the Sanctuary of the Egyptians is no exception. We don’t have to look very hard for the sanctuary, though a fence surrounds it, we can see the lovely white Egyptian statues, and the foundations of the pyramid pretty clearly through the fence.

The statues surrounding the pyramid at the Sanctuary of the Egyptian Gods left me with "oh mightly Isis, Isis, Isis" stuck in my head for hours.

The site itself seems pretty vast, beyond just the 60 meter pyramid, and an EU sign at the entrance indicates that someone has gotten some funding to do continued excavations there, although during our visit there wasn’t anyone doing any excavation work.  There was, however, a friendly guard at the site, and from her warm smile as we approached we knew that she would be eager to answer any of our questions, most importantly the question of just how it was that a Temple to the Egyptian gods ended up being built in so lovely a seaside setting.

It is from this friendly guard that we learn the myth of Egyptians living in eastern Attica is just another Greek myth, and that this Sanctuary of the Egyptian Gods was actually built by Herod Atticus the wealthy Roman consul of Athens and good friend of the Roman Emperor, Hadrian (and the builder of the Herod Atticus Theater under the Acropolis, also called the Herodeon in Greek).  Apparently the cult of Isis was quite trendy at the time and since Herod and his wife Regilla (for whom he built the theater in Athens) has a large villa nearby, and they often had visitors come and stay in the houses that surround the Sanctuary.  The site has gone through repeated openings and closings, so we were lucky to have found it unlocked with a welcoming Ministry employee to give us this bit of information.

There are four beautiful casts of Isis and Orsis standing tall at each side of the temple (or was it a pyramid?).

Wandering through the site we came across the partially excavated Roman baths, and perhaps the foundations of guesthouses used for visitors who took the at that time long journey from Athens. Many of the finds from the site are now house in the museum at Marathon, which was unfortunately closed by the time we finished wandering around this area (we had read it would be closed so we didn’t expect to stay as long as we did speaking with the guard). 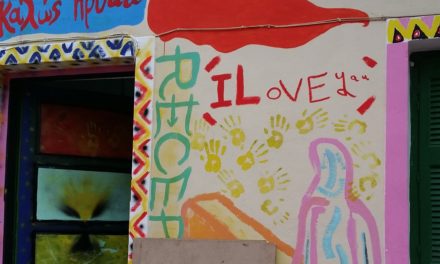 Is life over in Greece? Is Athens safe? 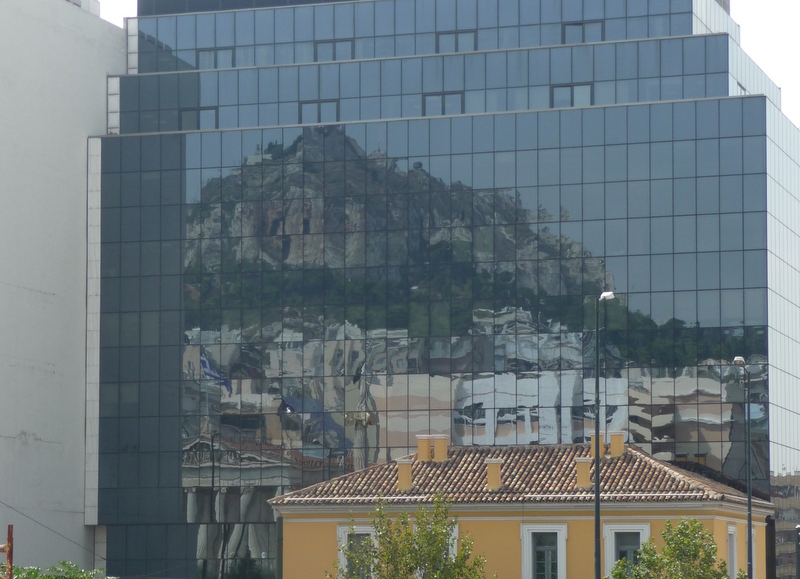