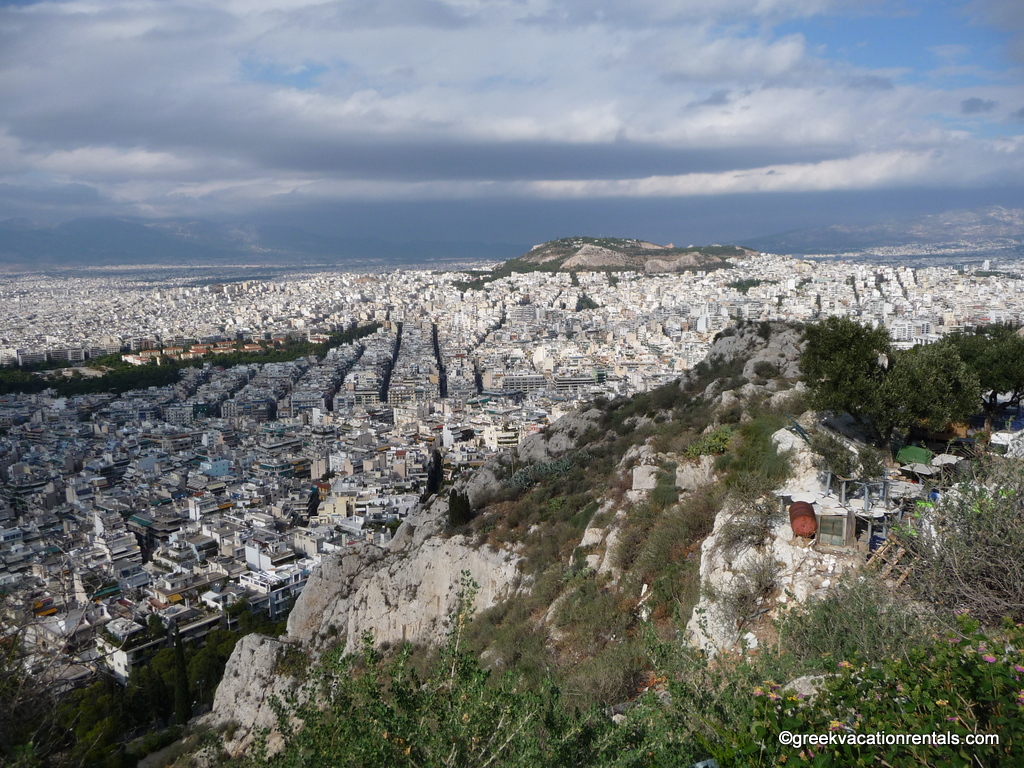 Athens, just like Rome has 7 hills. The tallest one is Lykavitos hill. The views from its 900 ft summit are spectacular. You can see the Aegean, Aegina Island, the Peloponnese, all of Athens and the Acropolis from above.

It is said that it was created by an accident when Athena accidently dropped the mountain she was carrying. The name is most likely related to the wolves (λύκους) that roamed the hill in days past. 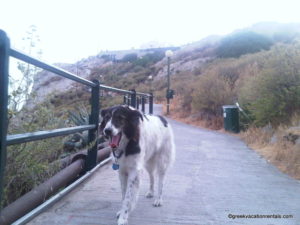 The summit can be reached either by foot, taxi or the funicular.  I’ve always found that if you are planning on walking to the funicular, you may as well just find the footpath instead, since the walk up the path beyond the point where the funicular starts is actually a rather pleasant gently rising path that has less of an incline than the streets leading to it have!  So, if you are coming from Kolonaki Square level (or Syntagma Square level) your best bet is to either take a taxi to the Lykavittos Theater parking lot or walk the entire way.  If you have romantic notions of watching the city spread out before your eyes as you ride the funicular, you’ll be disappointed since it actually climbs up, slow and steady, inside a tunnel in the hill. In other words, you won’t see anything until you get to the top and take the stars one more flight up to the terrace level.

However you travel to the top, you’ll be rewarded. It is a great place to catch the last rays of the day, have a “sundowner”, coffee or a snack with stupendous views from its restaurant / cafe. 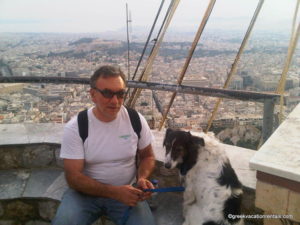 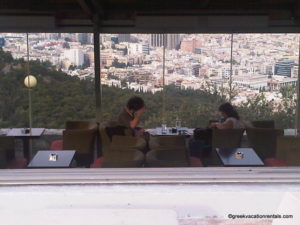