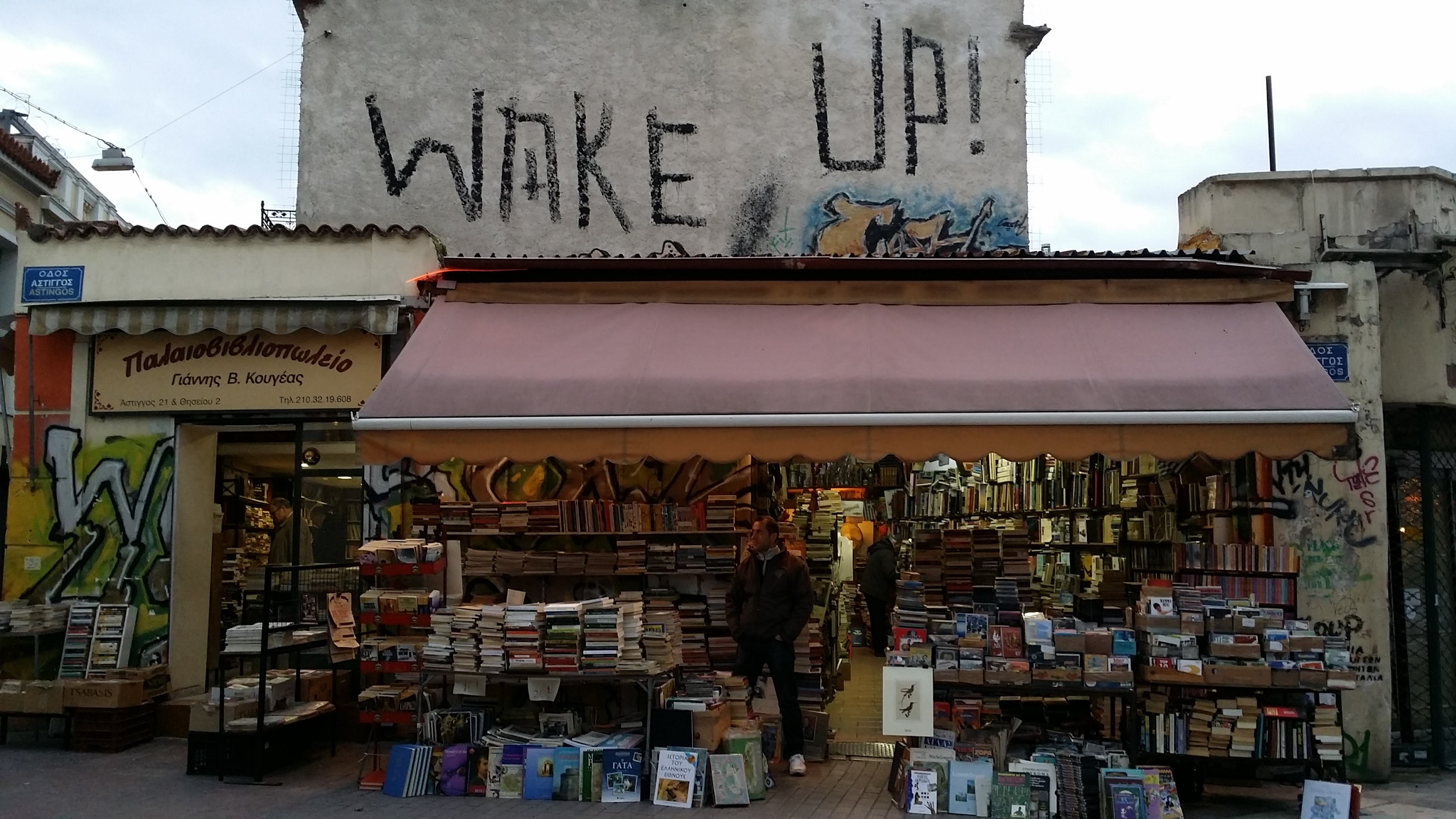 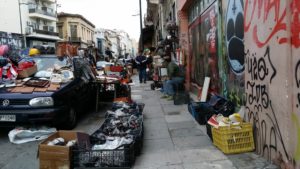 I just love this idea:  Empty storefronts become public art galleries, offering up and coming young artists exposure and revitalizing the urban landscape.  This December, the city of Athens is celebrating the arts in a whole bunch of ways (and further showing how life goes on in Greece in positive and revitalizing ways).

I’m excited about this idea not only because I believe it will bring folks downtown and offer something for those of us who aren’t all that interested in doing a lot of traditional shopping, but also because it reminds me so much of what they have done in Chicago on State Street as well as in many of Chicago’s neighborhoods, and I’ve seen that it does bring people out, create exposure for artists and in general, it just creates a special energy that makes you want to be a part of it all.

And it isn’t just the shopping streets that will be decorated this holiday season.  Syntagma Square, Athens main square and home to it’s central Christmas and holiday celebrations, will be dressed up for the holidays by children from elementary school’s throughout the city.

The fun begins on December 17, 2011, the same day that Holiday Shopping Hours take effect in Greece, and into the New Year, closing on January 7, 2012.  The center for the installations will probably be along Ermou Street, just off of Syntagma Square.  And while you’re strolling and enjoying the art in the window galleries, be sure to stop into “Shop” at 112 Ermou Street, to see if they still have anything on display from their late November/early December indoor art exhibit featuring  signed works by a number of Greek artists including Paulina Athanasopoulos, Antonia Kaplanis, Eleftheria Kotzaki, Erato Meletius, Dimitris Xanthopoulos, D. Panis, Eleftheria Petridou, Christina Spanos, Anthony Stoantzikis and Yota Tzirini.