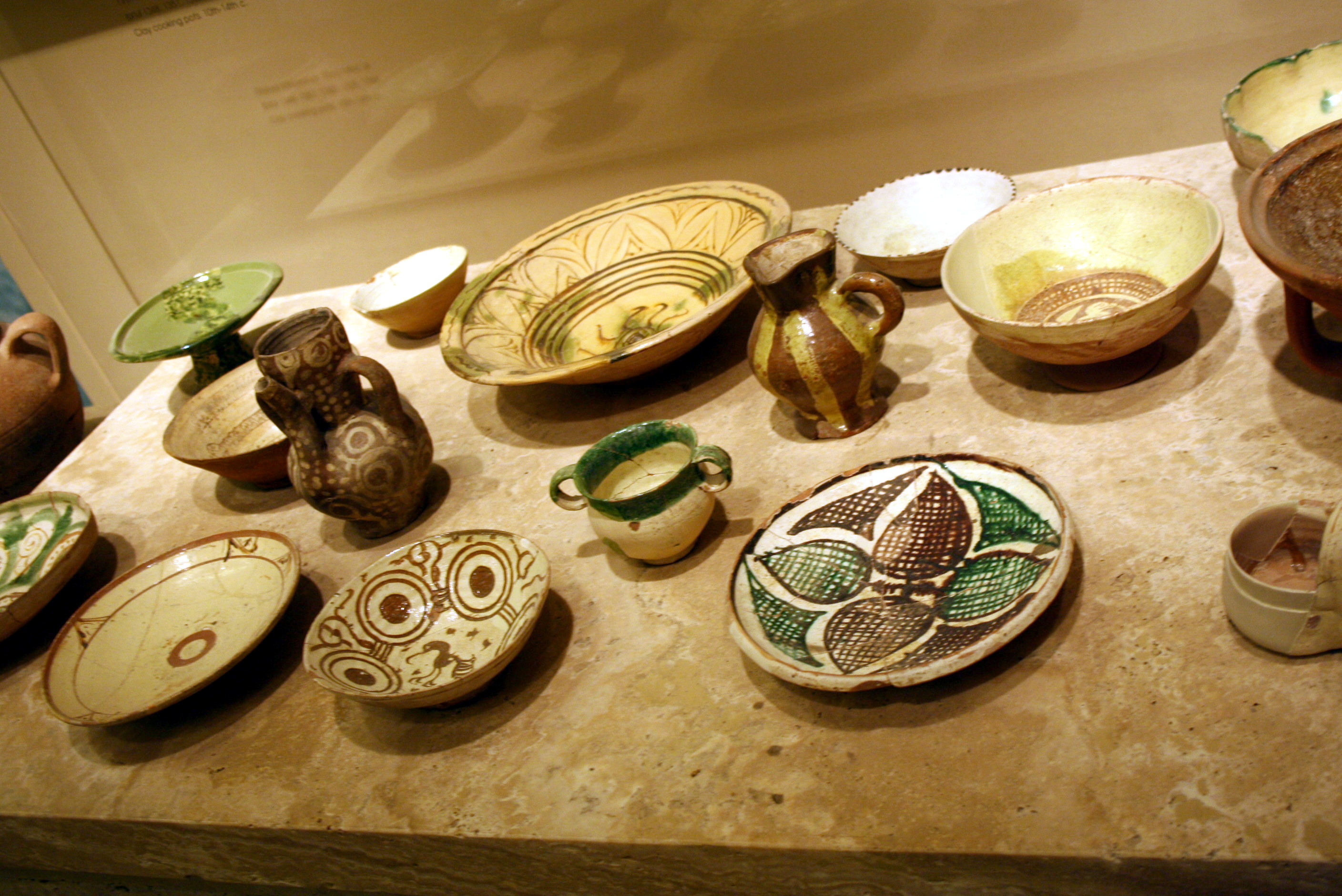 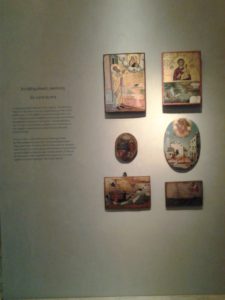 One would have to live on another planet not to have heard or read of the Golden age of Greece. Most people are aware of the Roman era in Greece but I bet if you were to ask any of your friends about Byzantium, the Byzantine era, you may draw a lot of blank stares (or hesitant nods, my experience at least).

And I confess, I’d spent a lot of years in Athens, just blocks from the chance to put this time period into my Greek history knowledge base,  without actually taking that first step inside. I suppose for a long time I was a bit put off.  Like the nearby War Museum, the museum’s name left me a bit unmoved. For many years I actually thought it was more of a church than a museum, given the small, lovely Greek Orthodox church standing not far from the entrance. And then it’s name: The Byzantine and Christian Museum, furthered my misconceptions about what was inside.

But in recent years the museum underwent some major renovations and added a wing.  The gardens out back tempted me now.  Along with the fact that the more I learned about Greek history, the more I realized that somewhere in the middle of everything I learned there remained a rather large gap. And as my unofficial querying of friends, family and guests staying in our Athens vacation rentals showed, I was not alone in having this history gap.

(And truth be told, somewhere along the line they seemed to have dropped the “and Christian” from their name, and posters I started to see advertising exhibits seemed to now call the museum by its shorter name: The Byzantine Museum.)

That’s 1000 years of history that seem to have disappeared from our knowledge.

Sure, I’d been to Mystras several times. In the back of my mind I knew it was a Byzantine city. But that’s where my own awareness of the Byzantium stopped.  And so recently, after about the dozenth visit to Mystras (it is a large site, worthy of many visits, which happens to be walking distance from one of my favorite Greek guesthouses.)

It starts in the 4th century, when the Roman Emperor Constantine moved the capital city of the Roman Empire from Rome to the city of Byzantium which was renamed Constantinople, today’s Istanbul. The symbol of the empire becomes the double headed eagle, one head looking to the west, Europe and the other to the east, Asia.

The Emperors of the Roman Empire were considered to be gods. 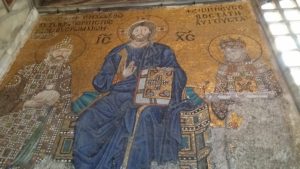 justinIn the new order of things, there was only one God. The new standing of the Emperor is right below God and Christ, but above all others. Between men and God is the Emperor. He is depicted with a halo over his head, signifying his direct connection with God.

The Byzantine Empire is immense. It conquers and loses great lands that include, at the height of the Empire, the entire ring of the Mediterranean.

Innocent bystanders, the subjugated people of the Empire are moved around like pawns, populating areas that were ravaged by plagues. They fought wars in the name of the Empire and strengthened its position.

You can see all of this and more when you visit the Byzantine Museum. This is a wonderful well appointed museum right in the heart of Athens.  My experience has been that even if you don’t think you’ll be interested in its exhibits, you’ll soon find yourself drawn in and two or three hours can quickly pass by. In addition to giving a good historical perspective on the Byzantine period, the art and artifacts on display are really quite stunning, and includes examples of icons, architectural details from buildings constructed during this time period, manuscripts, books, and jewelry.

The museum has a vast permanent collection of  ….  as well as hosting temporary exhibits.