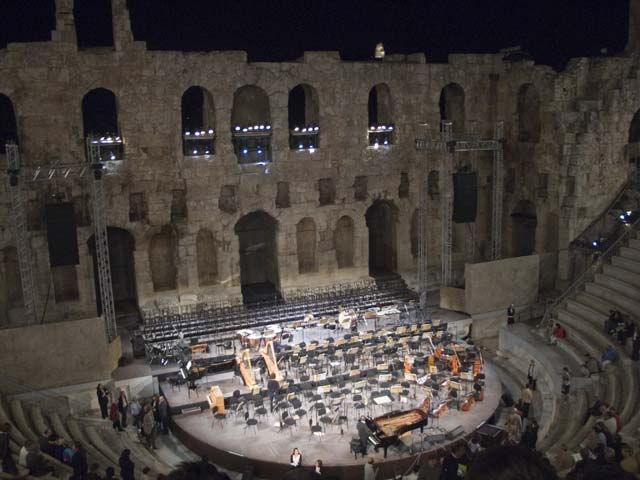 I’ve said it before, and I am certain I will write it many times over … an evening at the Herodeon is magic, and promises to be a highlight of any stay in Athens. The ancient theater on the southern slope of the Acropolis, another project brought to Greece by Athenian magnate Herodes Atticus (this one in memory of his wife, Aspasia Annia Regilla – I never have figured out why we don’t call it the “Regilla” or the “Aspasia” instead of the Herodeon) has hosted a lot of big names throughout the years, but in this particular case I’d say that the venue is more important than who is performing, so if you happen to be in Athens on a day when there is a performance, any performance, do yourself a favor and get tickets.

Tickets may be ordered online via the festival website THREE WEEKS PRIOR TO THE PERFORMANCE.

10 thoughts on “Athens Festival: June performances under the Acropolis”