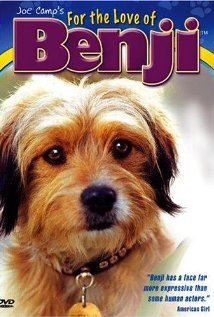 As you prepare for your trip to Greece, you’ll certainly be doing a lot of research, scouring too many guidebooks, comparing them against each other, surfing the internet, planning and organizing your holiday. I know that after awhile, it can become an overwhelming obsession. So why not take a break from the intense planning process and rent a movie filmed in Greece? Blessed with beautiful scenery, amazing light, and a colorful culture, (and a lot of great dogs!) Greece has long been a favorite backdrop of film makers. To get you started, here’s a list of films that have been shot in Greece:

Stella (1955) – This story of a young, wild Greek woman who doesn’t want to settle down launched the career of one of Greece’s favorite daughters, Melina Merkouri – who later became the Minster of Culture and is primarily responsible for the pedestrian walks that meader around the Acropolis and historical center and one a Golden Globe award.

Never on Sunday (1960) – The original title of This Greek film, originally titled Pote tin Kyriaki in Greek, features Melina Mercouri again going against the establishment and the traditional female role in Greece. This time as a popular prostitute in Pireaus. Once you’ve seem it you’ll recognize the music.

Phaedra (1962) – This Oscar nominated film starring Melina Merkouri, shot in Hydra, retells the story of Phaedra, in then contemporary times.

Island of Love (1963) (see also Not on Your Life) Tony Randall, Robert Preston, Michael Constantine and Walter Matthau – They shot it on the island of Hydra and it’s great to see the islands in the early 60’s before the onset of commercial tourism.

Zorba The Greek (1964)- – Based on the novel by Nikos Kazantzakis, the film origally entitled Alexis Zorba, stars Anthony Quinn as the free spirited Greek peasant who befriends an English born write of Greek descent on a ferry enroute to Crete.

The Moonspinners (1964) – This family friendly Disney production starting Hayley Mills was filmed in several locations on the island of Crete.

The Day the Fish Came Out
(1967) – Comedy – A cautionary tale. A plane carrying a weapon more dangerous than a nuclear weapon goes down near Greece. To prevent panic, the officials go in dressed as tourists (who are dressed so casually that the pilots assume that they are all gay). The pilots are not to make themselves known and can’t contact the rescue team. The secrecy causes a comedy of errors including the desolate Greek Isle deciding that since tourists have now arrived, they have to become touristy.

For the Love of Benji (1977) – Filmed in Athens – who can resist that fluffy pup Benji – and this family favorite is really fun to watch for those visiting Athens today – it’s a rare film glimpse of the city in the 70s! And you can watch the whole movie for free online here.

The Other Side of Midnight
(1977)- Sidney Sheldon’s novel about a Greek tycoon’s mistress who searches for an old lover.

The Greek Tycoon (1978) – starring Jacqueline Bisset and Anthony Quinn – The Jackie O story, of course – filmed in Athens, Corfu and Mykonos, as well as New York.

Fedora (1978) – William Holden and Martha Keller, even a role for Henry Fonda, in this story of an aging, reclusive actress, filmed in Corfu. .

Escape to Athena (1979) – what a cast! Roger Moore, Telly Savalas, David Niven, Stefanie Powers, Sonny Bono, Eliot Gould … filmed in Rhodes – During the World War II, the prisoners of a German camp in a greek island are trying to escape. They don’t want only their freedom, but they also seek for an ineffable treasure hidden in a monastery at the top of the island’s mountain.

The Tempest (1982) John Cassevettes stars with Geena Rowlands, Susan Sarandon and Molly Ringwald in this terrific Paul Mazursky film, the story of a sucessful architect who chucks it all, taking off for a remote Greek island to ponder the meaning of life.

For Your Eyes Only (1982)- starring Roger Moore –
Set and filmed on the island of Corfu, but more spectacular are the scenes shot at the monasteries of Meteora in Sterea Ellada.

Summer Lovers (1982)- starring Darryl Hannah, watch it for the beautiful footage, don’t expect much else – filmed in Crete, Delos, Mykonos and Santorini.

My Palikari (1983) – available on video/DVD under the name Silent Rebellion – This 1983 made for TV movie starts Greek American actor Telly Savalas as a Greek born immigrant who returns to his Peloponnese village with his American born son, filmed on location in Sparta.

Blood Tide (also known as Red tide and Bloodtide) (1984) James Earl Jones and Jose Ferrer star in this adventure/horror film about an adventurer hunting for treasure in Greece who accidentally frees a monster that forces local villagers to sacrifice virgins. Hey, I’m just compiling the list of films, don’t blame me!

The Delta Force (1986) – starring Chuck Norris, this bang em up action film based on the story of a 1985 hijacking is probably NOT good pre-trip choice.

High Season (1987)- starring Jacqueline Bisset – An English photographer, living on the island of Rhodes, deals with the unexpected appearance of her ex-husband, an old friend, and unresolved issues from the past.

The Big Blue (Le Grande Bleu) (1988) – Filmed a bunch of places, but most importantly the tiny Cycladic island of Amorgos.

Pascali’s Island (1988)- starring Ben Kingsley stars in the story of a spy during on an occupied Greek island at the turn of the century – filmed in Rhodes and Simi.

Act of Piracy (1988) – Long before Tom Hanks and Rita Wilson discovered the Sporades islands as a backdrop of the film Mamma Mia, the island of Skiathos was the set for this allegedly very boring film (check the link for a review on IMDB).

Shirley Valentine (1989)- Pauline Collins stars in this Oscar nominated film about a Liverpool housewife who joins a girlfriend for a weeklong holiday on the island of Mykonos.

Mediterraneo (1991) –Wacky and wonderful Academy Award winning film about a group of Italian soldiers left on a small Greek island during WWII. Filmed on the Dodecanese island of Kastellorizo.

Eternity and a Day (1999) Original Greek title : Μια αιωνιότητα και μια μέρα – It is worth seeking out a subtitled copy of this award winning film or any of director Theodoros Angelopoulos’ films.

Captain Corelli’s Mandolin (2001)- Nicolas Cage and Penelope Cruz star in this historical novel film set on the island of Cephallonia- When a fisherman leaves to fight with the Greek army during WWII, his fiancee falls in love with the local Italian commander. The scenery is stunning, but the book is better.

The Cat’s Meow (2001) Peter Bogdanovich‘s Semi-true story of the Hollywood murder that occurred at a star-studded gathering aboard William Randolph Hearst’s yacht in 1924. Filmed on the island of Kyparisi.

Boat Trip (2002) – Cuba Downing Jr starts in this comedy about 2 straight guys who unknowingly book a trip on a “gays only” cruise. Has the honor of receiving TWO Razzie nominations – one for Worst film and one for worst Actor (Downing Jr). But it was filmed in Greece, and partly in Hydra, so it makes the list.

The Bourne Identity (2002)- starring Matt Damon – Lucky Matt Damon, he got to finish up the film in Mykonos, where the closing scene was shot. .

Touch of Spice (Greek title Πολιτικι κουζινα or Politiki kouzina) (2003) A coming of age recollection about a Greek boy growing up in Constantinople (Istanbul), the Greek equivalent of Cinema Paradiso, which Touch of Spice ties as my all time favorite films.

Ginger and Cinamon (Dillo con parole mie) (2003) –When Stefania breaks up with her boyfriend Andrea, little does she realize what the summer has in store for her. She winds up on vacation at a Greek resort ‘isle of love’ with her 14 year old niece. Unfortunately, her teenage niece has something more than sun and surf on her mind; she decides that this Mediterannean paradise is where she will finally lose her virginity. However, in an ironic twist, the cute guy she has her eye out on turns out to be none other than Andrea, her aunt’s ex-boyfriend. This light-hearted “comedy-of-errors” is a valuable lesson in what being a woman means at any age.

Brides (Greek title Νύφες or Nyfes) (2004) – Damien Lewis stars as a photographer traveling aboard a ship in this beautiful and sad tale of the women who left Greece in the 1920s as “mail order brides” was filmed in Andros, Crete and Kastoria, as well as in Athens.

Real Life (2004) Greek title, Alithini Zoi – Aris, 27 years old, returns home after a long journey… His mother, an eccentric and lonely woman lives together with her secretary, Sylvia and her loyal gardener mute Christos. Her house is famous not only for its view in Acropolis but also for his pool: the deepest in Europe. Determined to leave behind his past and start a new life, Aris, will search the secret of his youth, he will fall in love with a poor girl, Alexandra and he will confront his own ghosts. Sadly, the actor who portrayed Christos, the gardener, Yannis Diamantis, was killed in a diving accident about 6 months after the films release. He was a talented actor and fine example for the deaf acting community, and seeing this film, if you can find the English subtitled version, (it is originally in French and Greek), is well worth the search.

Opa! (2005) – This film stars Mathew Modine as an archeologist on a small Greek island who falls for a local restaurant owner. Stunning scenery.

Moussaka and Chips (2005) – This adventure film was filmed on the island of Zakynthos.

The Sisterhood of the Travelling Pants (2005)- A quarter of this heartwarming coming of age film about four friends and a pair of jeans was filmed in Santorini..

El Greco (2007) – An epic tale of an uncompromising artist and fighter for freedom, Domenicos Theotokopoulos, known to the world as «El Greco». Set in the 16th century, El Greco’s search for freedom, and love, ranges from the courts of Crete and Venice to Toledo in Spain. Here he is confronted by his greatest adversary the Holy Inquisition. Never backing down in his fight with the establishments of his day El Grecos story is one of unusual heroism, betrayal, love, and the power of one man and his creative consciousness to stand out and overcome barbarity and ignorance. An inspiration which lives on to this day.-

Mamma Mia! (2008)- starring Meryl Streep – The film based on the world famous musical is currently playing lots of outdoor theaters around Greece. It’s a fun family film, despite the seemingly risque subject. While the name of the island is never mentioned in the play, the film was shot in Skopelos, and Skiathos, two of Greece’s Sporades islands.

Sisterhood of the Traveling Pants, 2 (2008) – The continuation of the story of 4 young women follows them 3 years later as they are heading off to college. Most of the filming was done around east coast college towns, but they do get back to Oia, Santorini, for some more breathtaking scenery.