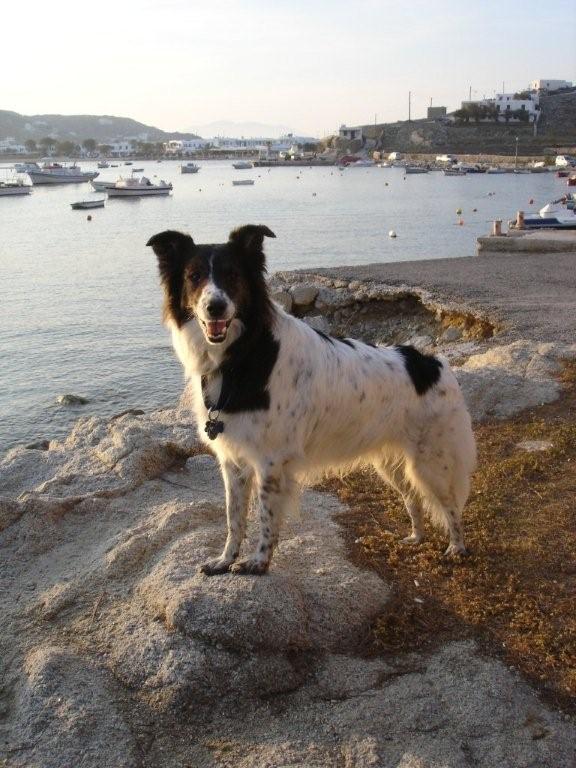 A year ago today my constant companion, Scruffy, lost his short battle with lymphoma.  He had chosen us 6 years earlier to be his humans, and during his all too brief time with us this amazing Greek border collie mix, wise beyond anyone’s imagination, led us on journeys across Greece and around the globe. But an Athenian dog at heart – though we know not of his true origins he claimed us in Pangrati – his favorite walk was up the tall hill with the tiny church on top. No cars honking, lots of cats to wag tail at …. In his memory I’m reposting his one and only guest blog post on true-athens.com.

It’s best to leave for walking trips in Athens early in the day. If you go too late, it gets uncomfortably (and sometimes dangerously) hot, especially when you have a thick, fluffy coat like mine. Kostas, my human brother, woke me up at around 0700, fed me, grabbed some treats, and away we went.

On our way to Lykavittos 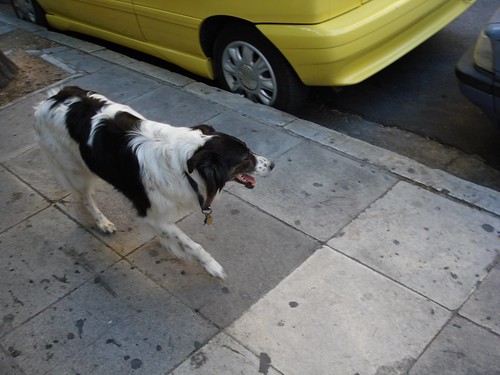 I have always thought the walk would be really long, but one thing I’ve learned about Athens is that everything is closer than it appears. From my apartment to Lykavittos is about 2.5 km (1.6 miles) when it looks to be closer to 5 km (~4 miles).

We walked past the National Art Museum, Athens Hilton, and Evaggelismos Hospital before we started to climb the stairs on Marasli street.

I think the hardest part of the walk was the stairs. I couldn’t understand why Kostas wouldn’t just take the bus up to the St. George Lykavittos Hotel on the hill, but he kept walking and I kept following because this kid usually takes food with him when he takes me out and I wasn’t about to miss out.

We finally got near the entrance to the teleferik (cable car) that goes up the mountain and I saw him walking towards it but he blew past it, and took the footpath up the mountain instead. I was kind of hoping we could take the teleferik up there, but I don’t think it starts running until 0930 or 1000. 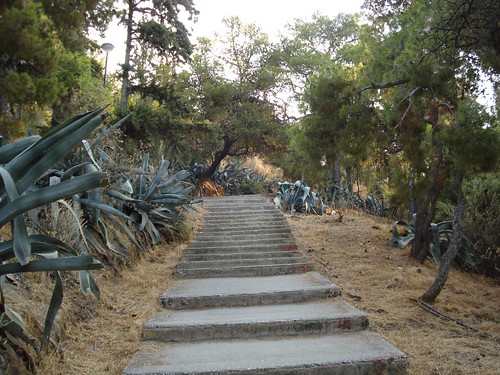 I was surprised at how nice it looked. It was paved with cobblestone most of the way, and where it wasn’t paved there was packed gravel, which made for a pretty easy walk to the top. It took about 20 minutes to get up there, but with every turn on our way up the views got better. 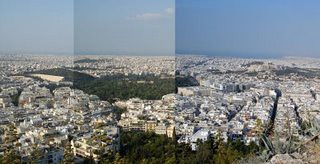 When we did reach the top there was an old man cleaning the area around the church and the bell tower with a hose and a broom. It felt nice to lay on the cool, wet marble, drink some water and have a couple of treats. 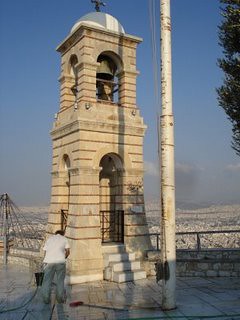 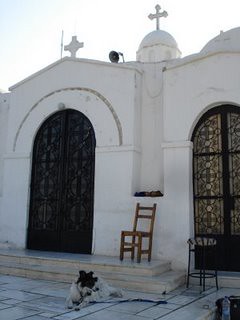 We started the walk down from the top and walked past the Greek Parliament and the National Gardens before we got home. 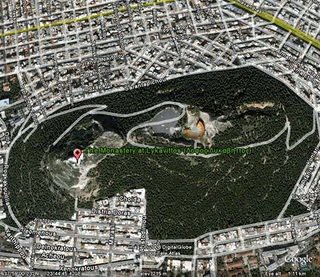 It was a nice walk and we got to see a lot. I wonder where we are off to next?